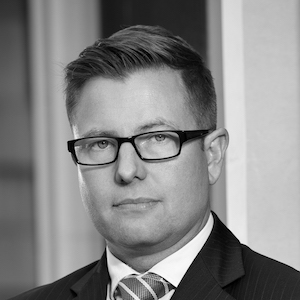 Having qualified as a solicitor in 1995, Mark was a Partner in a large regional firm before joining Osborne Clarke’s City office in 2000. In 2006 he co-founded the niche technology legal practice iLaw. Mark heads that firm’s dispute resolution team, which is ranked highly in the Legal 500 for its work.

His main areas of expertise are intellectual property, technology and media disputes.

Mark represented 8 corporate clients in one of the largest disputes in London; the 1 billion US dollar dispute between the Kazakh JSC BTA Bank and Mukhtar Ablyazov and others. He also worked on the Tajik Aluminium litigation (a 450 million US dollar fraud claim), for the successful party in the reported Court of Appeal case of BWE and Jones and for Domino’s Pizza in its High Court dispute with UEFA following the Euro 2004 Finals. His clients include many household names and high profile individuals.

In addition to his legal practice, Mark has held a number of Board positions, including acting as a Director of a recruitment business and a sports agency.

Mark is the Chairman of the IT Disputes Group of the Society for Computers & Law, an Associate Member of the Institute of Trade Mark Attorneys, an ADR Group Accredited Mediator and sits on the users’ committee of the Technology and Construction Court.